PERRON X is a platform for projects with international appeal, continuous intermedia networking and worldwide cooperation. PERRON X GmbH was founded in April 2020 by an interdisciplinary team of media professionals. Our many years of cross-media expertise combines feature films, documentaries, TV series, as well as theater, set design and interior design as well as gastronomy, museum work in the field of art, digital mediation and communication. Starting from our location in Basel, we have a special focus on the trinational crossover by being anchored in the immediate three-country CH / D / F. Our ambition is to reach our audience in cooperation with our partners in an international context.

We develop feature films and documentaries, series concepts and formats for non-linear storytelling with transmedia potential. With a lot of commitment and passion, we accompany established authors: inside / director: inside as well as the youngsters dramaturgically as well as productively in the development and implementation of their artistic visions. We want to touch and involve the audience with culturally and socially engaged content and promote a wider view of the world. Interdisciplinary teamwork and collaborations form our basis in order to reflect the constant change in media reception and also to take unorthodox paths. 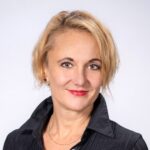 Since 2006 she has also worked as a freelance assistant director and production manager for feature film productions, TV series and commercials, and from 2007 also as a freelance producer. 2013 Foundation of Emilia Productions GmbH in Zurich. 2016 Release of her first director RESET – RESTART (Kinodok). From 2018 -2022 at Snakefilm GmbH as producer of the CH / H coproduction “Die Schwarze Spinne”. 2020 Foundation of Perron X GmbH in Basel.

Associations: Member of the board of SFP (Swiss Film Producers), Balimage (Basel Association for Film and Media Art) and Swiss Fiction Movement. 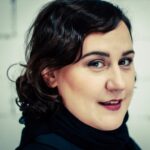 Born 1983 in Zurich. 1999 moved to Auckland, New Zealand, with the aim of studying at an English language film school.

In January 2001 Liliane Ott began her studies at the UNITEC School of Performing and Screen Arts in Directing & Writing for Film and Theater. After returning to Switzerland in 2004, various assistants in film and theater followed. In 2009 she produced the feature film “Soundless Wind Chime” while working for “The collective for audiovisual works GmbH”, which was shown at the 2009 Berlinale in the Forum program. In autumn 2010 she was allowed to celebrate the premiere of her play “BARX *” in the Rote Fabrik. In 2013 she made her short film “In kleine Dosen” and then directed “DU / MMES HUHN”, a monologue by Stephan Teuwissen that was shown in Zurich and Schaffhausen. She co-produced the feature film “Stoma” by Kit Hung in collaboration with Xtreme Pictures Ltd, Hong Kong and the Decoy Collective in Bern.

The premiere of “Stoma” was scheduled for the Hong Kong International Film Festival in 2020 and the film was nominated for the Firebird Award (Chinese Language). Liliane Ott writes her first feature film script “IMMER WEITER” and develops the international anthology series “World in a Box”.

After years of working with Judith Lichtneckert, Liliane Ott joined Emilia Productions as a partner and producer in early 2019 and, among other things, was responsible for the production of the documentary «Les Nouvelles Èves».

At Perron X, Liliane focuses on the development of projects that play between the boundaries of installation, film and theater and bring with them the potential for international cooperation. 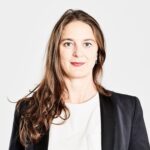 
Lives and works in Basel. Studied anthropology and media studies, as well as image and communication at Goldsmith College, London University. 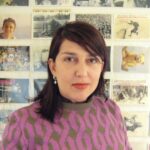 Cécile Grieder (* 1966 in Liestal) spent her childhood in a creative environment of photographers, painters and musicians in Langenbruck. She attended the Rudolf Steiner School in Pratteln for 11 years.

Completed an apprenticeship as a dressmaker, followed by the Basel School of Design (fashion design). She then worked as a costume designer, stylist for commercials and photos, and on her own collection. 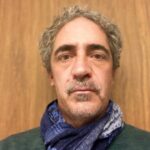 1969 born in Solothurn. Completion of an apprenticeship as a car mechanic. Has lived in Basel since 1996.

Construction stage, outdoor props and decor for films and series such as “Sennentuntschi”, “Mary Queen of Scots”, “One Way Trip”, “Recycling Lily”, “On the slope”, “Flying fish have to go into the sea”, “The undertaker “, “Peace”. Setting up exhibitions such as “All we Need” by Martin Heller in Luxenbourg, “Focus Terra” by Holzer Kobler Architects Zurich.

Lars Wagener is co-owner of the Grenzwert bar, which has shaped the cultural scene in Basel for 25 years, as well as the Perron and Roter Bären restaurants, which are an integral part of Basel’s creative gastronomy scene.